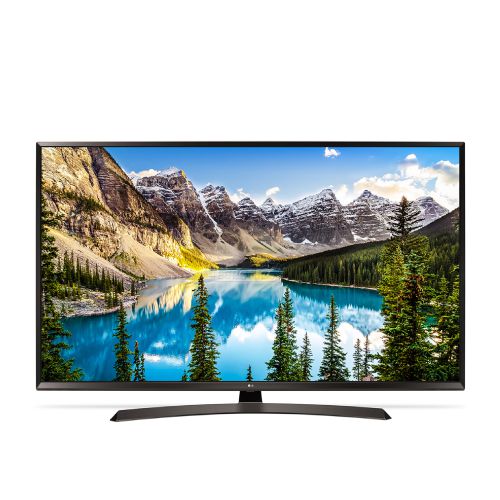 The LG 55 Inch HD TV 55SJ800V looks stunning and the panel itself is very thin and same goes for those bezels all around. They’re extremely small and it does have a support on the back if you want to mount it on the wall. The LG is nicely brushed aluminum and it looks nice.

LG 55 Inch HD TV 55SJ800V gets its name by the nano particles in the LCD panel which gives off a higher color accuracy and a wider color gamut which in the end is make the screen look nicer as the colors really pop. It is a 4k TV and at 55 inches which is a perfect size and ratio here is just insanely crisp.

One of the biggest improvements here is the viewing angle and it’s really impressive typically. On most TVs when you’re moving to the side and you’re not looking at the TV from directly head on it gets harder and harder to see. An image starts to fade but here even a 60 degree viewing angle the screen looks no different.

From the menu you can mess around with the color balances and contrast all that good stuff to tweet the image. They have an impressive selection of the picture profiles.

Gaming picture mode at 4k has a lower input lag mode at just around 15 milliseconds input lag time at both 4k and 1080p. On the game mode it’s between usually 40 and 57 milliseconds which is typical for TVs and that’s makes TVs not usually bad for gaming or online competitive gaming. With the LG you can hook up your PC in place and go online without any worry about lag hindering you. No matter what it is whether you’re hooking up your PC your Xbox one or your PS4, everything looks so good and crisp.

LG 55 Inch HD TV 55SJ800V also has Web OS 3.5 built in. There are a ton of apps inside that are available for you and it’s all nicely organized on the bottom of the screen. It’s all laid out nicely, very user friendly which is always good in the end you can do things like browse the Internet. If you want you can plug in a flash drive and watch movies or view photos and other media. You can download in a little games from the LG content store and even things like animated wallpapers or screen savers. It’s just a really great OS for the TV.

The remote is a breeze with standard controls and has a motion cellar rahmanir inside where it acts like a mouse and you can just naturally move the remote to pick and select things. They have a nice clicking scroll wheel as well. You get quick access to things like Netflix and Amazon video with their own dedicated buttons on the controller which is awesome because those are the two most used video apps.

The input lag for the gaming is HDR compatible and the viewing angles are okay. It has rich in bright colors.