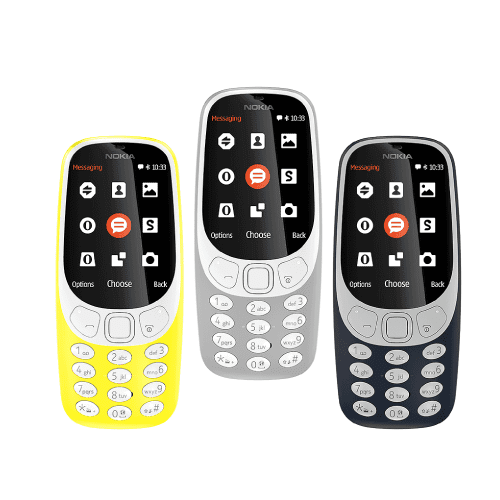 The Nokia 3310 2017 is released as an slightly improved version of the original Nokia 3310 that was released in the year 2000. Kenyans will definitely remember this phone as it wasn’t just a hit worldwide but in Kenya as well.

The Nokia 3310 was termed the indestructible phone. It is it’s capacity to survive that has made some of them available until this date.

The feature phone has a 2.4 inch full colored display that that has a resolution of 240 by 320. This is an improvement considering the original 3310 had a monochrome display.

The rear camera is a 2MP shooter with LED Flash that cannot compete with current smartphone cameras at all. The pictures are not good but still having a low quality camera is better than having none.

Additional features include Bluetooth 3.0, FM Radio and an MP3 Player.

The phone should be used as a back up or emergency phone when your smartphone is not up to the task.

You can get the detailed specifications on GSMArena